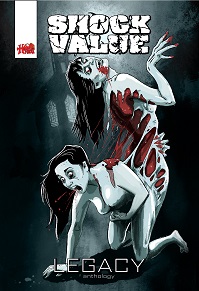 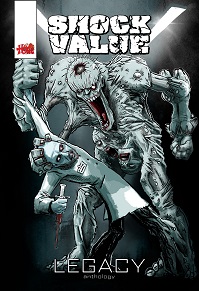 Hellbound have just had an amazing Sunday at Chester Comic Con, where we met many familiar faces who we have not seen in a long while. It was great to catch up, talk to people, and share our latest work. We even got a celebrity fan as Jet from Gladiators picked up a copy of “Mandy the Monster Hunter: Book of Sea Monsters”. Our online webstore will also be having a bit of an update soon to reflect new and older titles becoming available, so keep an eye out. We’re also delighted to announce our kickstarter for “Clownface: Mask of Fear”, a full colour 24-page one shot slasher comic, is now up and running. Previously available as a limited run as part of the “Clownface” horror feature film, this campaign is to fund the full print run and get the book out and available to everyone. We’re also using the campaign as an opportunity for you to grab books from our back catalogue of titles, so please check out the campaign here: https://www.kickstarter.com/projects/hellboundmedia/clownfacefear “When the Earth needed a real fucking hero, she came. Again. And again”. If you want to check out the campaign, you can do so here: https://www.kickstarter.com/projects/hellboundmedia/glambassadorpeach

But we’re not all smut, Hellbound have plenty of all ages material as well as adult horror, including the new “Mandy the Monster Hunter” anthology “The Mandy Book of Sea Monsters” and the film-tie-in “Clownface: Mask of Terror”. These any many other books will be available this coming weekend April 2nd and 3rd at Wales Comic Con Telford Takeover… we hope to see you there. You might also notice our awesome new logo designed by Ilan Sheady. We’re working to update the site to reflect the developments in our brand soon! Stay safe and see you at comic con!

Welcome everyone! We’re just posting a quick update to let you know Hellbound Media are still pressing forward with our 2022, with new Kickstarters, new Comic Cons and someexciting projects to announce. Our website is being updated and this is the first in a series of posts as we up date and let you know all the latest information from Team Hellbound!

Expect a big update tomorrow, but for now we’re delighted to announed we’ll be at Wales Con Telford Takeover this April – we hope to see you there!